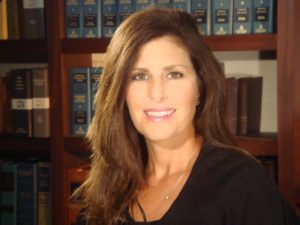 If you or a member of your family was injured in an airplane accident, you may be eligible to obtain compensation with the help of Leslie Duberstein Glenn, P.A. The same is also true if your loved one passed away in a plane crash. The amount of compensation you might receive will depends in large part on the seriousness of the injury. In cases of death, families rely on Leslie Duberstein Glenn to file a wrongful death suit. Compensation would then cover funeral expenses, medical treatments, future lost income, and much more.

Who was responsible for the airplane accident?

It’s quite possible that all of the details surrounding the airplane crash are not known to you. Those responsible for it happening may be hiding that information from the victims and the public at large. This would be in an attempt to avoid ethical and financial responsibility for the accident. Leslie Duberstein Glenn is a seasoned airplane accident lawyer Florida residents turn to who understands this. She knows how to investigate the circumstances of the crash to determine liability, when the victims may have no idea. Here’s a short list of possible liable parties who could be held responsible if that is truly the case:

· The plane or plane parts’ manufacturer;
· The fuel supplier;
· The airline company;
· The pilot and co-pilot;
· Another airline company if this was a two-plane collision;
· Air traffic or ground control personnel.

If the airplane involved was owned by a private individual, that person likely had insurance, but their insurance policy may have provided only limited coverage. That means that despite the severity of your injuries, or the possible loss of your loved one, you would only be eligible to receive a certain amount of compensation. The compensation award might be far less than your actual damages. However, with the help of an airplane accident lawyer Leslie Duberstein Glenn, you might have alternate avenues to recover your damages. In addition to your own private insurance coverage, your attorney may be able to file a civil lawsuit against the plane owner and seek payment via their assets. If they are found guilty in a court proceeding, they can be forced to sell their home or other assets in order to pay you for your losses.

In cases where the airplane was owned and operated by a commercial enterprise, their insurance coverage will likely be far more substantial than that of a private plane owner’s. However, the caveat in this scenario is that the airline will have deep pockets and their own or a legal firm’s fleet of attorneys at their beck and call. You will not do well representing yourself in a civil suit. Depending on the situation, if there were a number of victims in the crash, your best bet may be for all of you to pursue a class action lawsuit and hire an experienced airplane accident lawyer Boca Raton, FL respects.

If you or your loved one was seriously injured in a plane crash, contact Leslie Duberstein Glenn at 561-361-1381.